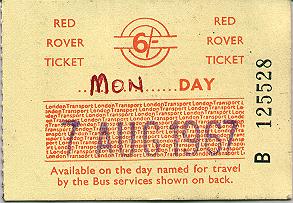 Contents of a Tupperware box have changed over the years.

During summer holidays in the 60s and 70s I’d purchase my Red Rover ticket at Balham Underground Station and travel as far as possible, believing Ongar was not only (then) the end of the Central Line, but also that beyond that, you’d drop off the end of the Earth.

With me would be my Tupperware box full of 60s/70s foodstuffs: Spangles; Blue Riband biscuit; a meat-paste sandwich consisting more paste than meat and another Tupperware receptacle holding water with just a hint of squash (as the combination of e-numbers, the depths of the Northern Line and 80% of all Spangles eaten by Clapham North may have had a detrimental effect on mummy’s little Mickey Mouse’s tummy).

These days the Blue Riband would be replaced by something which is now 90% cashew (even though it is called “chocolate something” on the wrapper); water will be the only drink – preferably flown in from a mountain stream feeding Lake Geneva; Spangles replaced by the most exotic fruit from an island which hadn’t even been discovered in the 60s and all forms of bread would have been replaced by sushi.

In the 60s Sushi was likely to be the name of someone who worked alongside Steve Zodiac, Troy Tempest or Captain Scarlet.