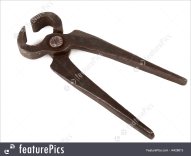 I first encountered the Tooth Fairy in 1961.

I never actually met her (or him) (and assumed they lived in my Balham block of flats as you wouldn’t have wanted to walk down the High Street in the middle of the night) but was told that he/she or it carried sixpences to replace missing teeth. I worked out, in a JP Morgan-type of way, that I could stand (or lie, as I was invariably in bed when the Tooth Fairy visited) to eventually gain ten-bob, as I had twenty baby teeth.

This was my first experience of profit and loss as my gain of sixpence per tooth was quickly negated by my mother charging me a shilling to protect me the night the Tooth Fairy was coming from the Bogey Man. By the time I started the juniors in primary school I was heavily in debt to my mother.

Sixpence is worth £1.14 these days. If you haven’t got a note for your child/grandchild then there is the danger of leaving sufficient coins under their Flopsy Bunny pillow to potentially cause copper, nickel and zinc poisoning.  Might this be something the Bogey Man could protect you from?

I was destitute aged seven as Christmas was also heavily taxed: the sledges needed to be hired (there was great demand at Christmas, so the prices artificially inflated); reindeers aren’t cheap to keep and I was told there was a congestion charge for sledges (even though this wasn’t enforced in London until 2003); plus, half a sprout and mince pie crumbs cost several guineas in 1961.

Obviously, approaching 61, I realise neither the Tooth Fairy or Santa exists (I discovered this aged fourteen – as if adolescence wasn’t tough enough) but today, if there isn’t a huge amount of chocolate for me, I shall be a very unhappy Easter Bunny.