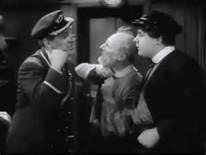 Harlequin Records on Balham High Road would be where I’d weekly part with most of my pocket money. I’d mostly buy Motown Records, except one week when I bought something completely different, which I wrote about here  https://mikerichards.blog/2017/06/18/wheres-your-mother-gone/

It reminded me of one purchase I made in 1973 when Gladys Knight (ably supported by her Pips) sang about her man (who’d not quite made it as the superstar he’d assumed he would become) who was leaving Los Angeles and venturing back (having dreamed, pawned his hopes, sold his car (albeit old) and bought a one-way ticket), to Georgia.

My question is this: what if he’d got to Grand Central Station in LA at 11.59 PM only for the train doors having shut thirty-seconds before Midnight, as is the done thing these days on British Rail?

Gladys could have written a follow up; and needn’t have given up her world (his/her/our world)? She may have had to buy a platform ticket, but this would have saved a great expense with her train fare.  Although the returning man would have to buy another car – would Gladys inform him that buying another old car would be a false economy? Although, he’s already down as he’s got his ticket to Georgia and the LA Railways were notorious in the Seventies for not giving refunds.  He could have become the first Uber driver in LA? Whatever he did it couldn’t have been complex as he was seeking a simpler place and time.  Although this suggests Gladys believed LA and Georgia were divided by some time and space continuum.

At the end of the song Gladys says she’s “gotta” board the Midnight Train. Knowing her luck, having very recently lost her man, there’d be a massive queue at the Ticket Office with some arse trying to pay their fare using Luncheon Vouchers or a student, with five bags, asking if it would be cheaper if they travelled via Rio de Janeiro?

Her world is his, his and hers alone. Unless there are leaves on the line just outside Surbiton.